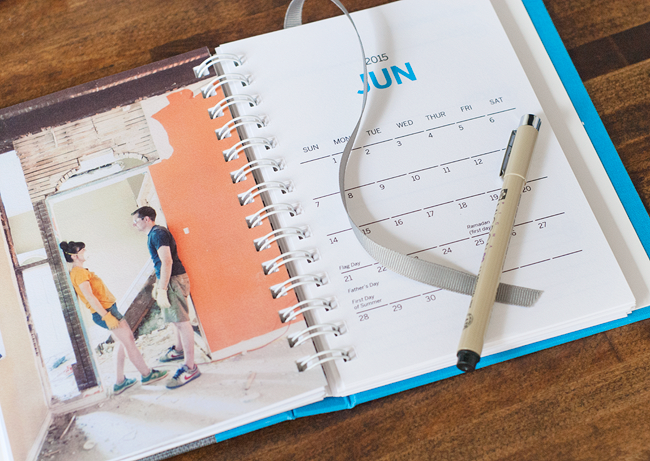 Every December, I enjoy perusing the next year’s day planners – whether it be at my local bookstore or favorite online shopping haunts. My goal is to always add something to my desk that’s not only nice to look at, but that makes sense for my planning purposes! This year, I opted for the Hardcover 2015 Day Planner from Pinhole Press, knowing it would allow me to inject personality and happiness into my monthly reminders. 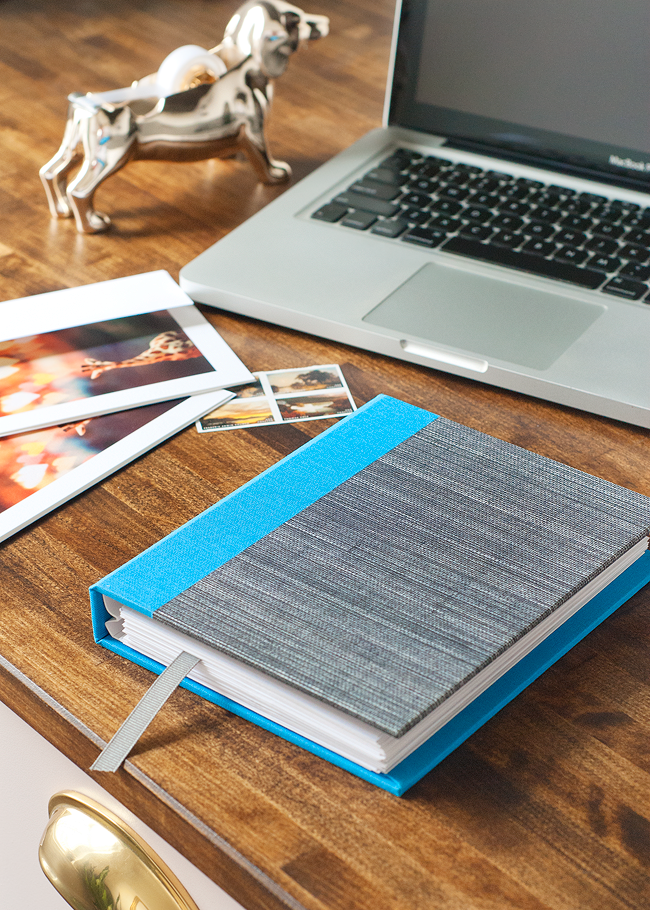 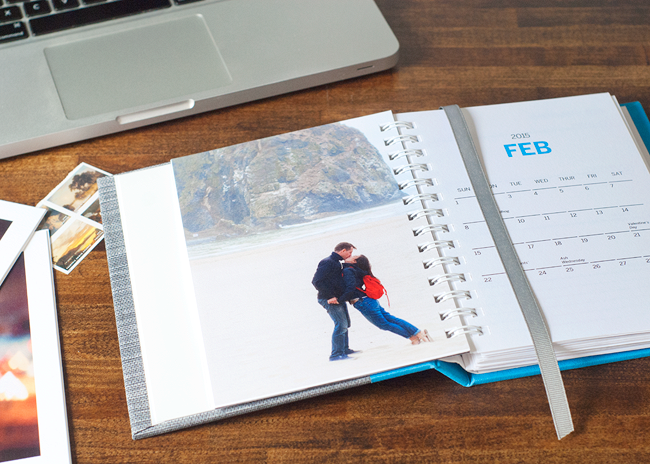 My original thought was to look back at this past year and choose a favorite photo from each month; this proved to be much harder than I imagined! By the time I was done selecting photos, I had close to 50 images to narrow down, some of which went back to 2013 and beyond. Because this is my first personalized planner, I decided to run with it and go back in time as far as I liked – with the intention of making a new planner every year from here on out.

Scott and I don’t necessarily pepper photos of us and our small family of four pets around the home, so including my favorite memories of us in my personal planner felt right. Once I had my best-of-the-best snaps down to a manageable amount, I titled the files by month, and I uploaded everything to Pinhole Press to create that perfectly personal year-in-review calendar. 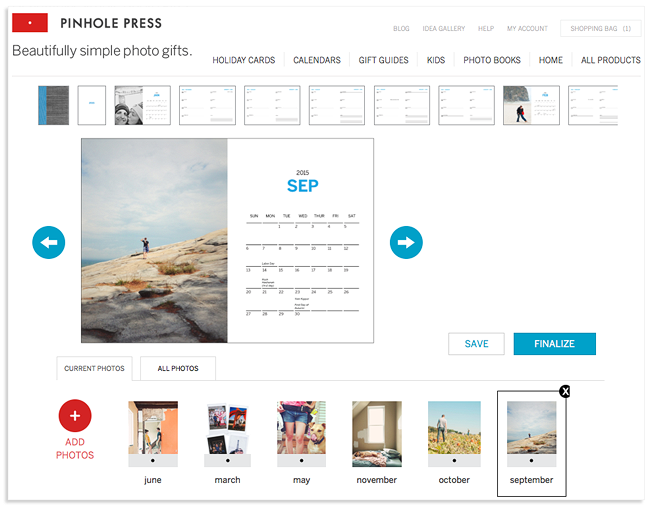 In the end, I had a fun and nostalgic mix of tidbits, covering everything from our pup’s bath time (April showers!), yearly travels (corresponding with the months they happened), everyday snippets from Instagram, pumpkin patch frolicking and kissing under the iconic Art Institute of Chicago lions. 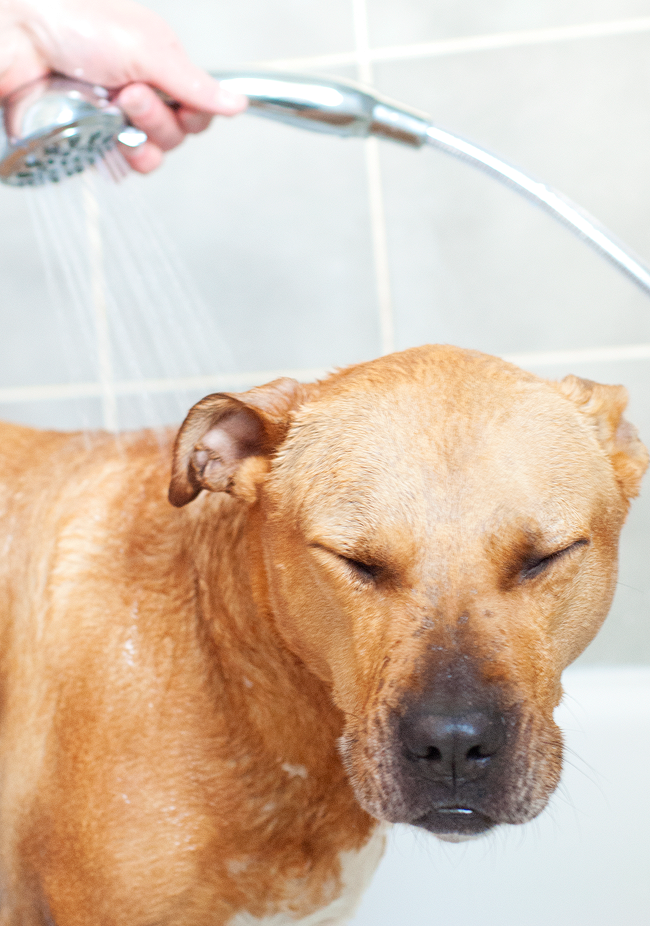 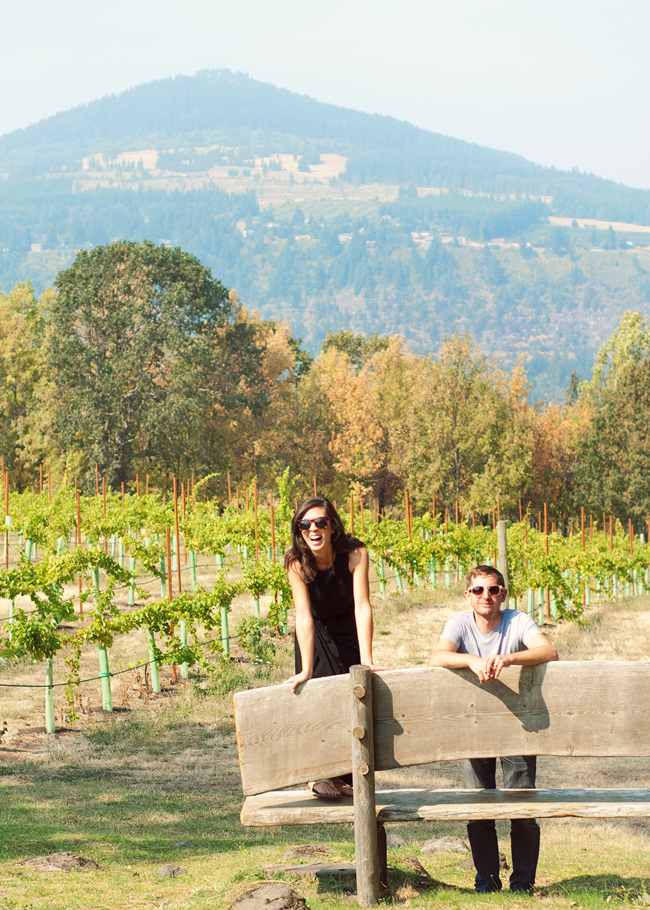 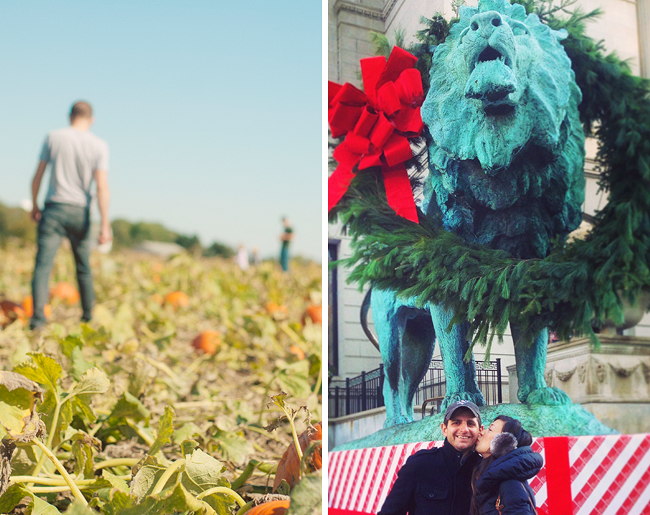 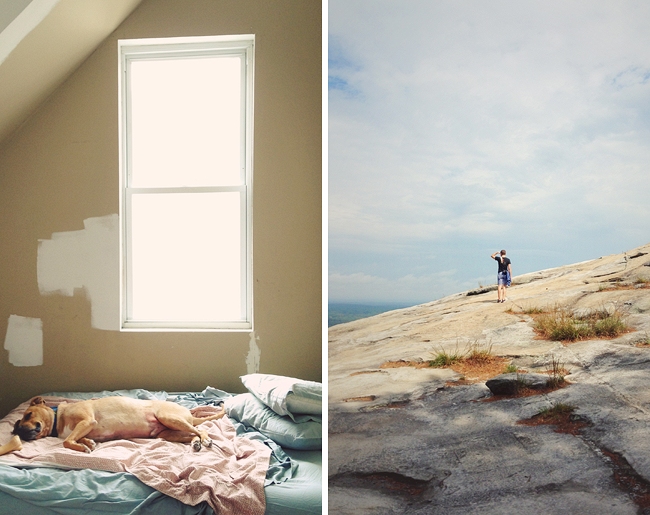 Some of our favorite photos of us have been taken on our mini instant camera. This little guy goes everywhere with us, and it has covered moments in time from New York City, Paris and the amazing day we adopted our second Pit Bull. I scanned a handful of favorites so they could be included as well! 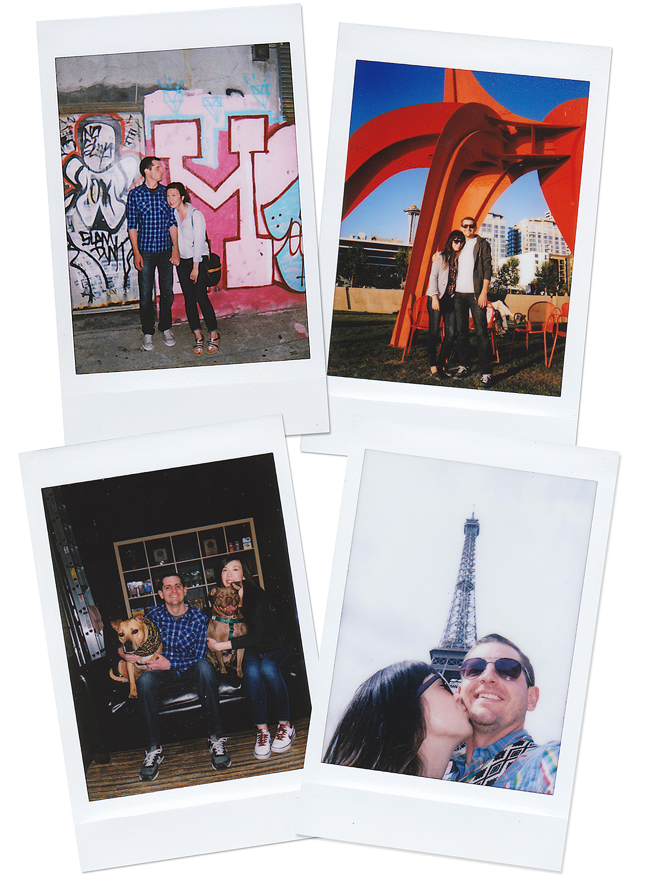 You might have noticed that the cover looks as though it’s covered in cloth, but it’s not! I had recently received a batch of wallpaper samples, and I chose a textured grasscloth, scanned it, and saved it as a digital file on my computer. It’s such an unexpected alternative to a photo – not to mention, it cuts down on the stress of which photo is The One to make the cut!

I’ve already begun filling the planner with important upcoming dates for 2015 – weddings, family vacations and work meetings – and it will be so nice to see those reminders next to a wonderful memory. 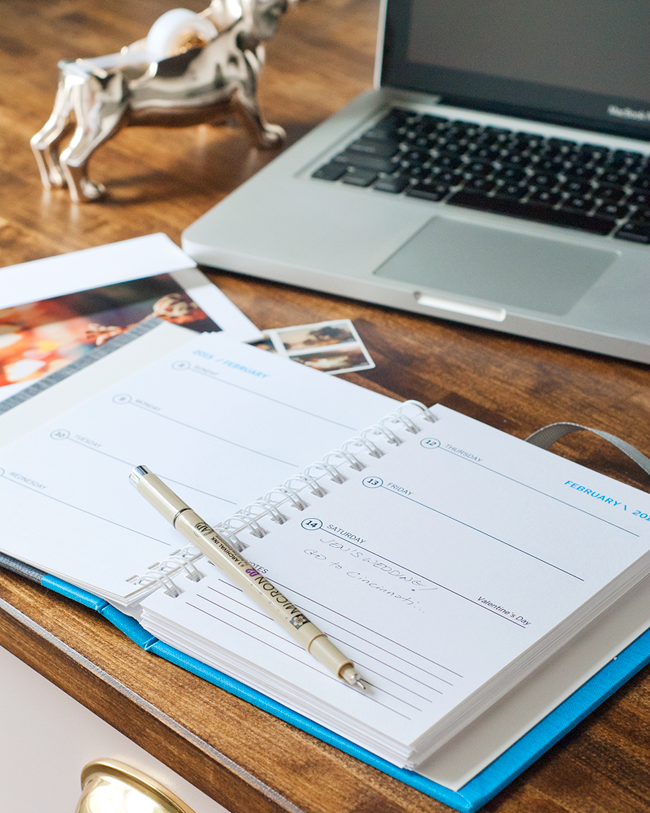 Here’s to a thrilling 2015 ahead; may it be filled with love, excitement and accomplishment!